Phasing is a technique commonly used in MMORPGs. This refers to the technique of having a certain area look different to different characters. When something is "phased" it means it exists in the same virtual geography as other creatures or objects, but is not visible and can not be fully interacted with.

Data on the location of game objects, players, and NPCs is not stored in the World of Warcraft client and must be sent from the server. Phasing, in a sense, decides not to send certain data based on criteria.

As an example, you may have a quest to get the head of a named NPC. After turning in the quest, the server records that it should not send data about that NPC to you. The next time you go there, even if the NPC is still there, you will not be able to see it.

By using combinations of phasing, entire areas can change from grasslands to a city by use of game object phasing and NPC phasing.

NPC phasing is recognized by an NPC which should be at a location, but is completely gone when viewed by someone else.

Player phasing is recognized by not being able to see a player. Early uses of this was death, stealth and invisibility effects which caused the server to only show hidden players to certain people (i.e. when you are in spirit form you can only see other "spirit people" — other players also in spirit form.)

When a player in your party is phased, you will see a

"phased" icon to the right of their name.

Game object phasing is the easiest to recognize and usually requires multiple phasing techniques. Game objects can be anything from a chair or chest, to a building. In most cases, players that can interact with phased buildings must also be phased, otherwise it would appear that players were walking in the air.

In Wrath, phasing is implemented in three different, and quite distinct, ways. The first is the phased instance. The only example currently is the Death Knight starting area. Beginning Death Knights are not actually in a phased section of the Eastern Plaguelands, they are actually in a large instance modeled after the eastern portion of the zone, similar to the way Old Hillsbrad is an instance modeled after a portion of Hillsbrad Foothills. This is indicated by the fact that the starter area is surrounded by invisible walls that prevent players from leaving, as well as the fact that players have a different General and Local Defense chat channel.

Second, there are temporary phases, like Fleshwerks in Icecrown. Once you complete the quests that the area is phased for, it returns to normal. There are a few other examples, such as the phase you enter in Zul'Drak when riding Gymer. There is also the Court of Bones in Icecrown, which only phases if you have certain quests from the Argent Tournament.

Finally, there are permanent phases, where you are unlocking an area, such as Shadow Vault and Dun Niffelem. Often, these areas are changed through a series of phases, and once the quest chain unlocking the area has been completed, the character will always see the area in its new state.

A form of the permanent phase, terrain phasing, makes an introduction with Cataclysm. This phasing involves changing the land around you, which happens like other phases, through quests and events.

Usage before Wrath of the Lich King

Before Wrath of the Lich King, phasing was used in stealth and invisibility mechanics. Events such as the opening of Ahn'Qiraj and the taking over of the Isle of Quel'Danas were simply different realm databases adding game objects and NPCs for all players.

Phasing was invented as a bug fix for the Shattered Sun Offensive daily quests in Blade's Edge Mountains: Intercepting the Mana Cells† and Maintaining the Sunwell Portal.[1]

In Wrath of the Lich King

In World of Warcraft: Wrath of the Lich King, Blizzard has made full use of this system. The most well-known examples are Acherus: The Ebon Hold, which looks different to the character depending on his progress through the DK questline, and the Angrathar the Wrathgate line of quests, which end with Quest:The Battle For The Undercity (Alliance) for Alliance characters and Quest:The Battle For The Undercity (Horde) for Horde characters.

To characters having completed the questline, Alexstrasza is located in front of the Wrathgate and Varimathras, who was killed along with Grand Apothecary Putress, will no longer be in Undercity. For players on certain steps of the quest, the Undercity will also be inhabited by demons. Another example is the existence of Alliance NPCs in front of the Undercity which are not visible to players in a different phase of the quest.

Phasing is also used in (not by far a complete list):

Phasing will play a huge role in World of Warcraft: Cataclysm, and not just in the newly made zones, but a good amount of the revamped zones as well. A few of the known phase changes are that of the starting areas for the newly announced races of goblins and worgen, in much of the same way the death knight starting zone was handled... except with the new terrain phasing feature.

In Mists of Pandaria

Currently, phasing is unable to change the base terrain of the world. This means that the normal ground must not change in texture or positioning. An example would be the Court of Bones at the Wrathgate having burnt ground prior to being burned by the Red Dragonflight.

This however with the World of Warcraft: Cataclysm changes those limits. Terrain will be able to phase like never before, land will sink beneath the waves as well as rise above them. A raging fire will be able to expand further along as time moves forward. Whole mountains could crumble and fall leading way to new lands.

With this technology you could see, for example, a harbor built before your eyes, without the use of in-game patches. 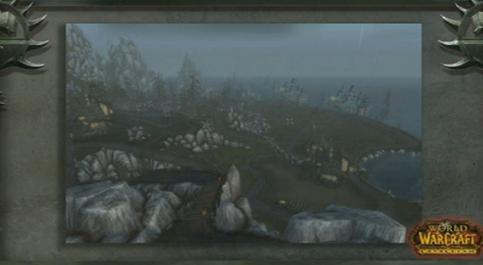 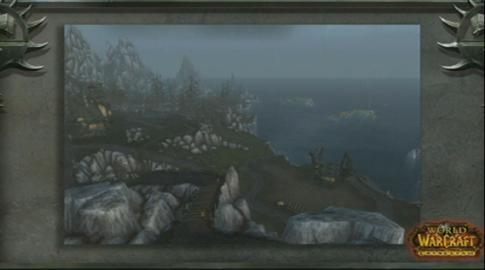 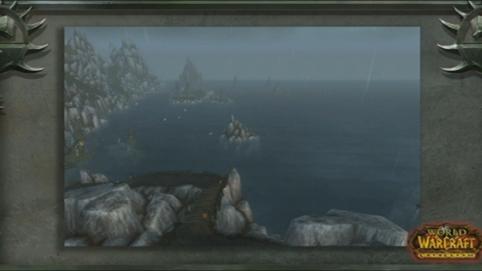 Waters lapping at foreground
Add a photo to this gallery

Retrieved from "https://vanilla-wow.fandom.com/wiki/Phasing?oldid=23018"
Community content is available under CC-BY-SA unless otherwise noted.