Kalimdor is one of the continents of Azeroth. It is located to the west of the Eastern Kingdoms. The Great Sea lies in between the continents. Kalimdor is home to the night elves, orcs, tauren and trolls. Other races present include the ogres, centaur, naga, demons, and other, more minor races.

Kalimdor can be further divided into three major regions (western continents)[1] known as North Kalimdor, Central Kalimdor, and South Kalimdor. Other sources vary on how it is divided. The World of Warcraft Manual divides it into the Northern Kalimdor and Southern Kalimdor regions. The various editions of the World of Warcraft Guide breaks it into Northern Kalimdor, Central Kalimdor, Southern Kalimdor, and Teldrassil regions. At least one map has divided it into the three regions of Durotar, Mulgore, and Kalimdor (shown through largest font size and caps),[2] although the Durotar and Mulgore emphasis could just be the fact that the book talks about the Tauren and Orcs' new homelands throughout the book. A few maps however do not divide Kalimdor into separate continents and treat it as one single large landmass.

Kalimdor was primarily the domain of the night elves in the ten thousand years between the War of the Ancients and the Battle of Mount Hyjal. In the years since the battle, night elf dominion has given way as the tauren adopted a more centralized system and accepted their allies, the orcs and the trolls into their midst.

The name "Kalimdor" means "Land of Eternal Starlight" in Titan and Darnassian.

Now, however, the continent is a politically divided one, the Horde have established strong control in the central and eastern areas while the night elves preserve footholds in northwestern areas.

Prior to the Great Sundering in which the original Well of Eternity imploded, Kalimdor was the name of the world's singular landmass[3] which later was split into the four main continents (known so far).

Kalimdor has a huge variety of both animal and plant life. Within this continent, you will find almost every land type; from the ice cold plains of Winterspring in the north, to the hot desert of Tanaris in the south. The mystical woods of Ashenvale, the dry, rocky Thousand Needles, the tropical, lush jungle of Feralas — this continent has it all.

To the north the landscape is primarily coated in thick alpine woodland, typical in areas such as Ashenvale. Central Kalimdor, home to the horde, is far more rugged and barren, save for the safety of Mulgore. In the south, desert areas dominate the terrain; however, nestled between these bleak landscapes are realms of beauty and wonder such as the thriving tropical regions of Feralas and Un'Goro Crater. 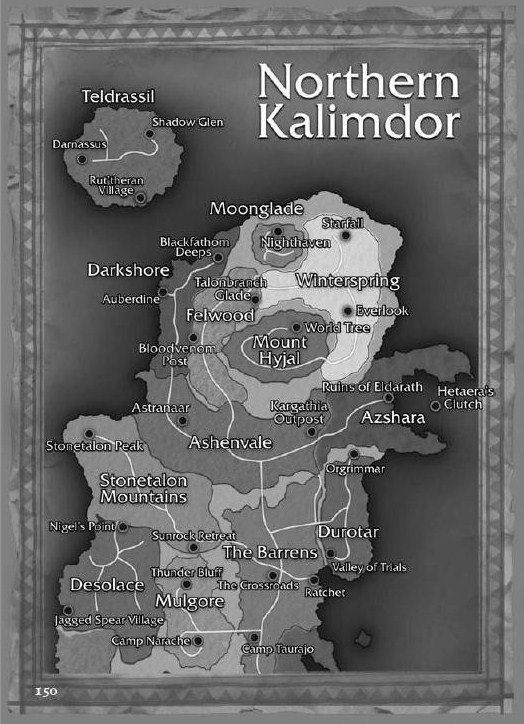 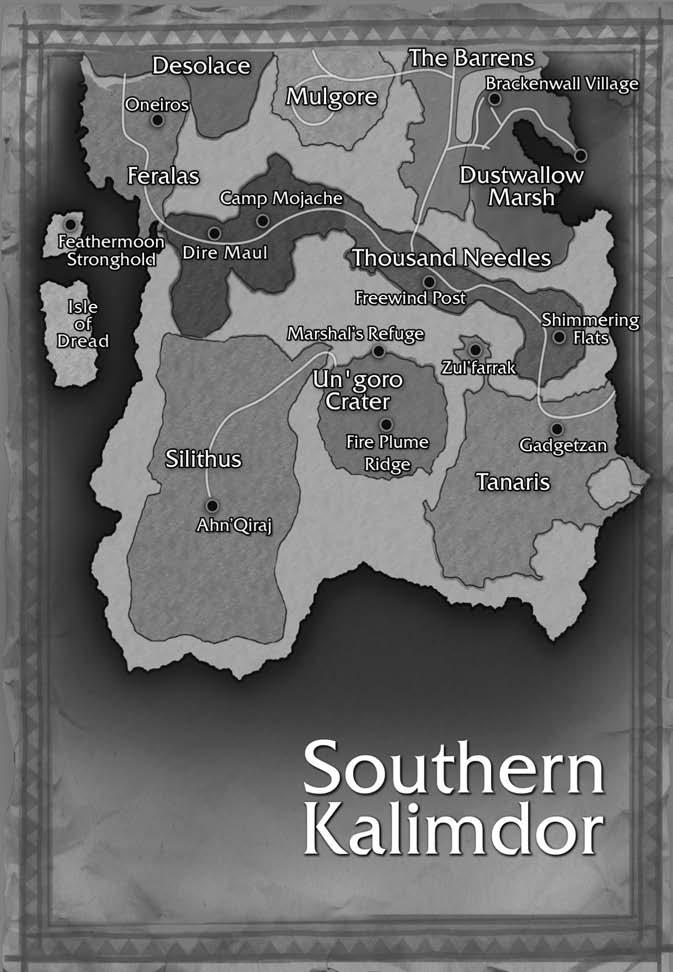 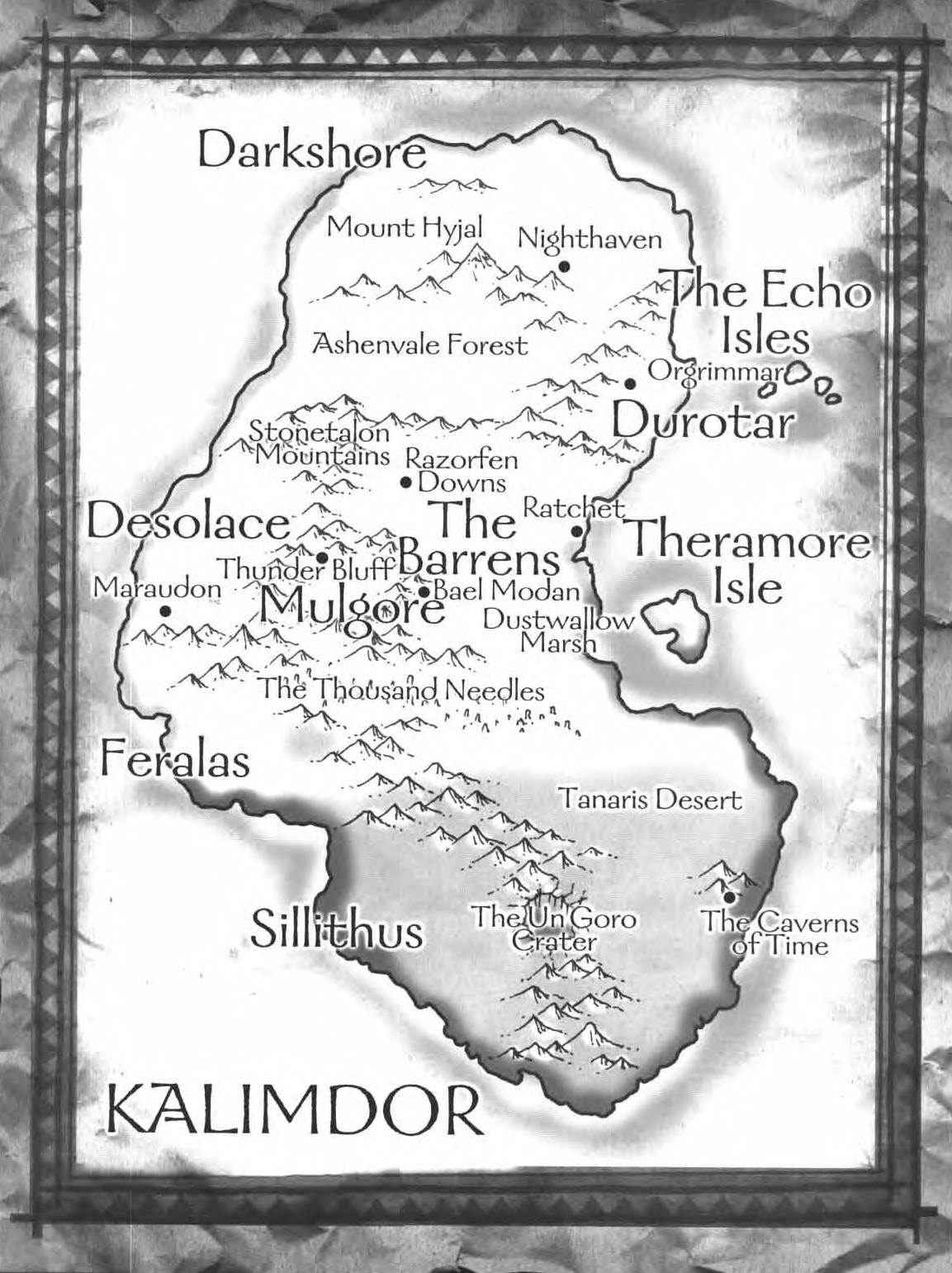 Kalimdor in Warcraft: The Roleplaying Game 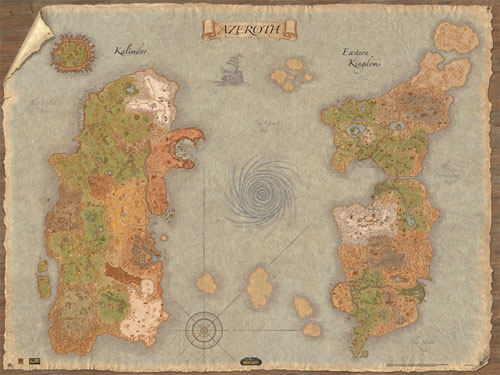 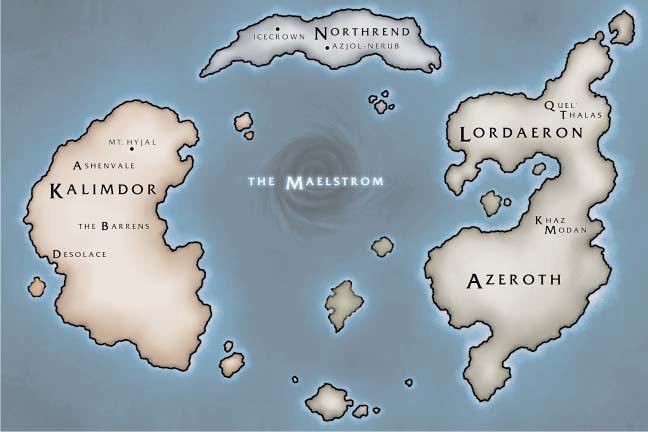 Azeroth as seen in Warcraft III 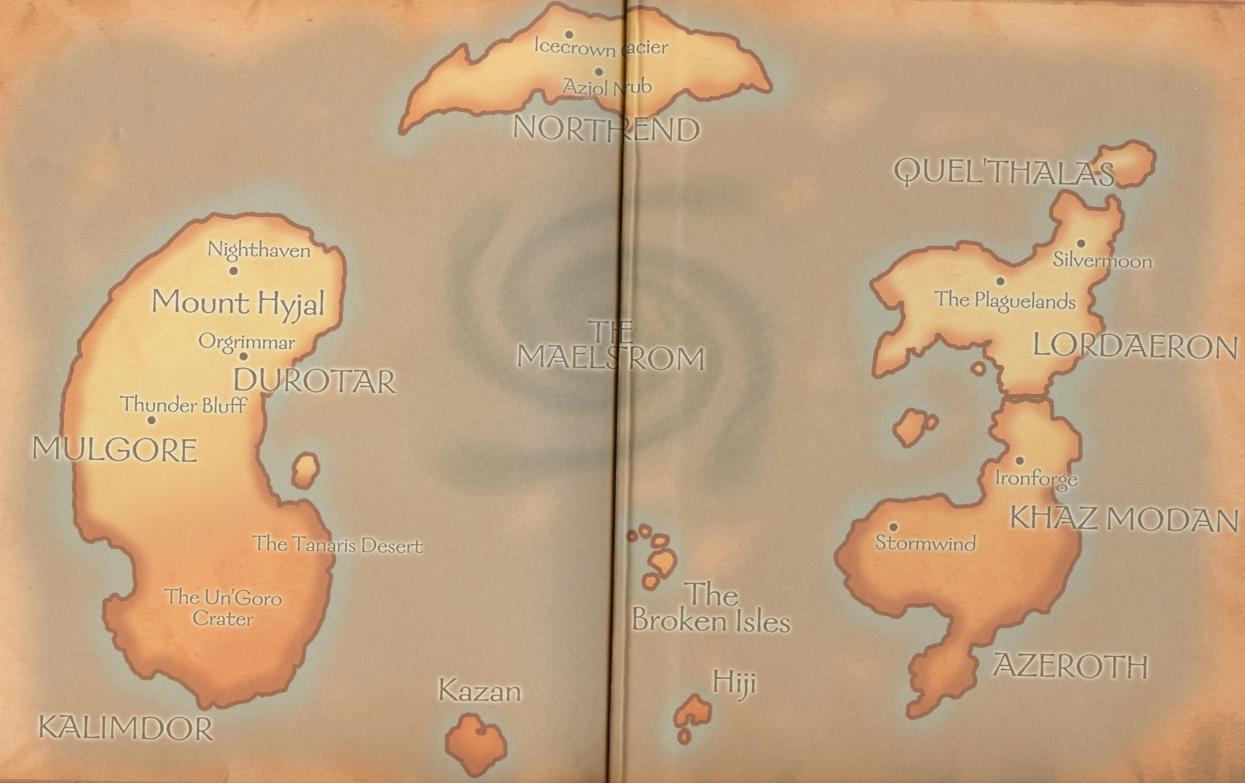 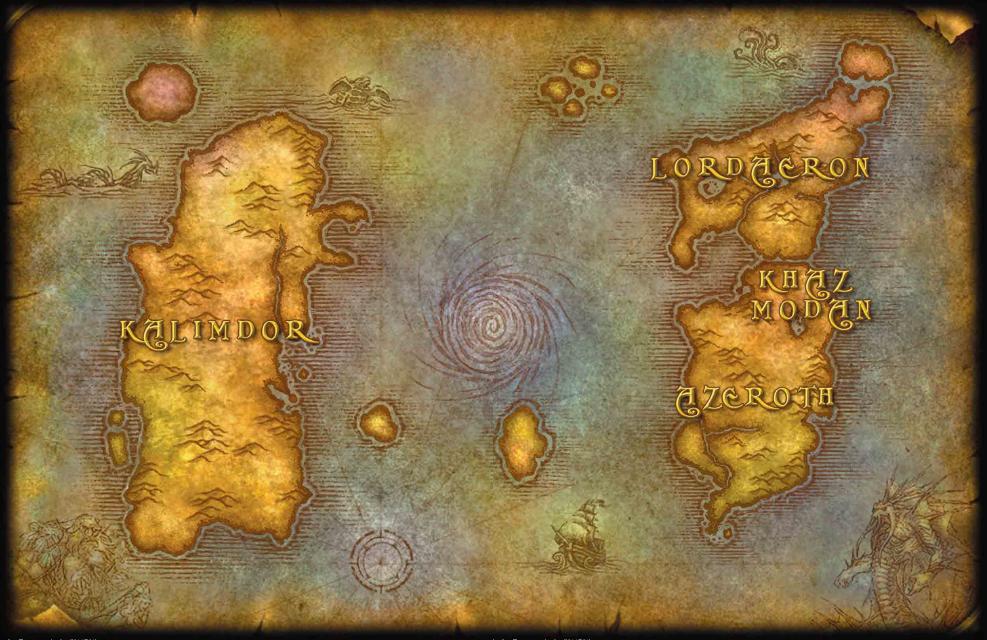 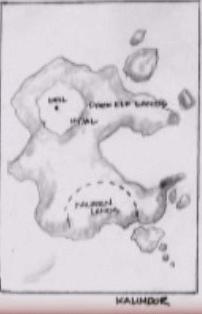 KalimdorAlpha.jpg
As it appeared on the minimap in patch 0.5.3.
Add a photo to this gallery

Retrieved from "https://vanilla-wow.fandom.com/wiki/Kalimdor?oldid=25768"
Community content is available under CC-BY-SA unless otherwise noted.