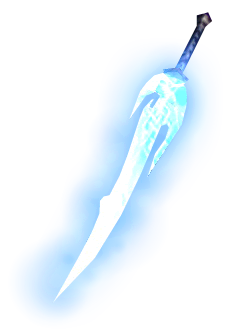 Enchantment refers to a permanent stat bonus that can be added to equipment. Only one such enchantment can be active on that item at a time; subsequent enchantments will overwrite any existing enchantment. However, temporary imbue effects can be applied which stack with existing enchantment effects. Enchantments appear in green font near the bottom of equipment descriptions and are written in a style that distinguishes them from standard stats and effects.

Enchantments provide a variety of effects and can greatly improve gameplay. The cumulative effects of wearing multiple enchanted equipments can potentially exceed that of any one equipment, i.e., it is like having an extra piece of equipment that does not occupy a slot.

There are currently no enchantments available for items that are equipped in the relic, ammo, neck, or trinket equipment slots.

Enchantments which come from the enchanting profession require the services of an enchanter. There are also a number of enchant-granting items, or augments, available from a number of sources. These augments may be crafted by other professions (Blacksmithing, Engineering, Leatherworking, and Tailoring) or obtained from quests or vendors. There are a number of augments that can be purchased from various quartermasters after gaining reputation with their respective factions.

For full listings of non-socket enchants available, refer to these pages:

"Note that the word enchantments, as used to describe the abilities enchanters imbue in magic items, are distinct from spells of the enchantment school. The word’s context should make its definition clear."[citation needed]