Blackwing Lair is a level 60, 40-man raid dungeon located inside the Blackrock spire instance, home to Nefarian. It was implemented in patch 1.6. 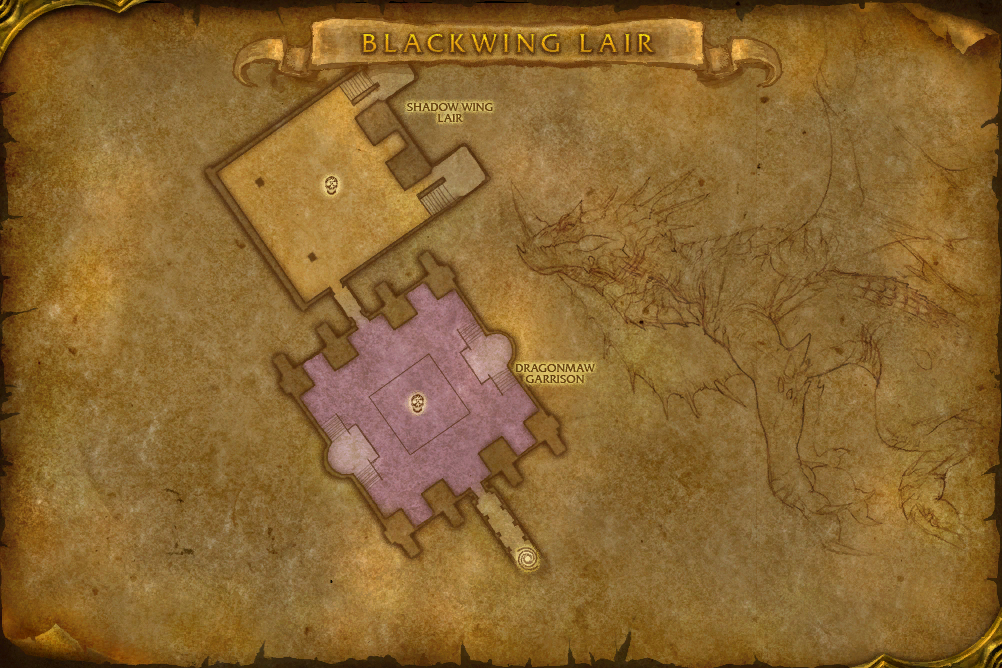 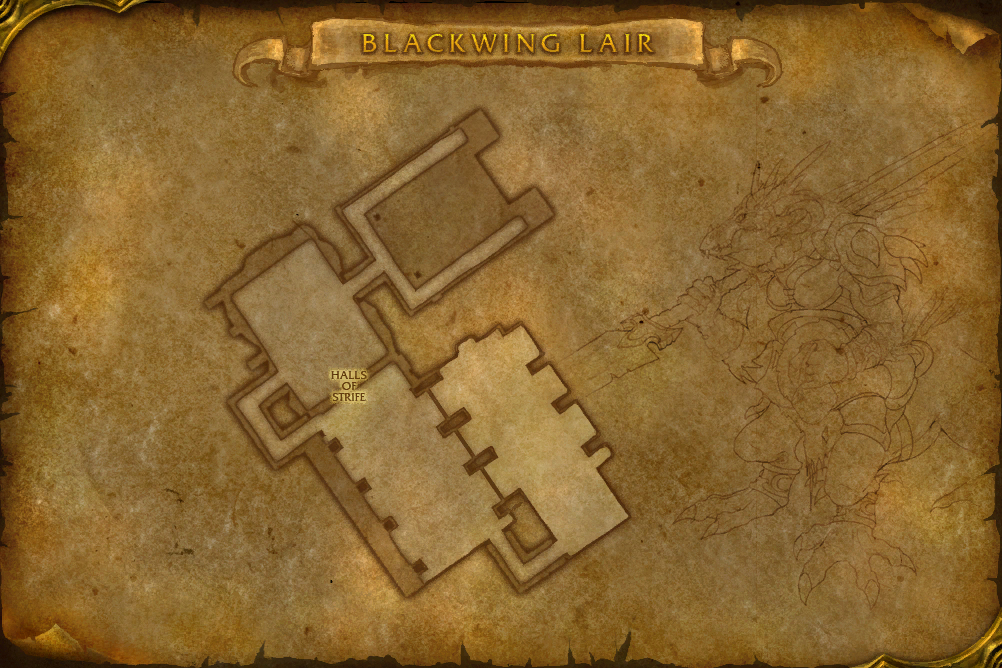 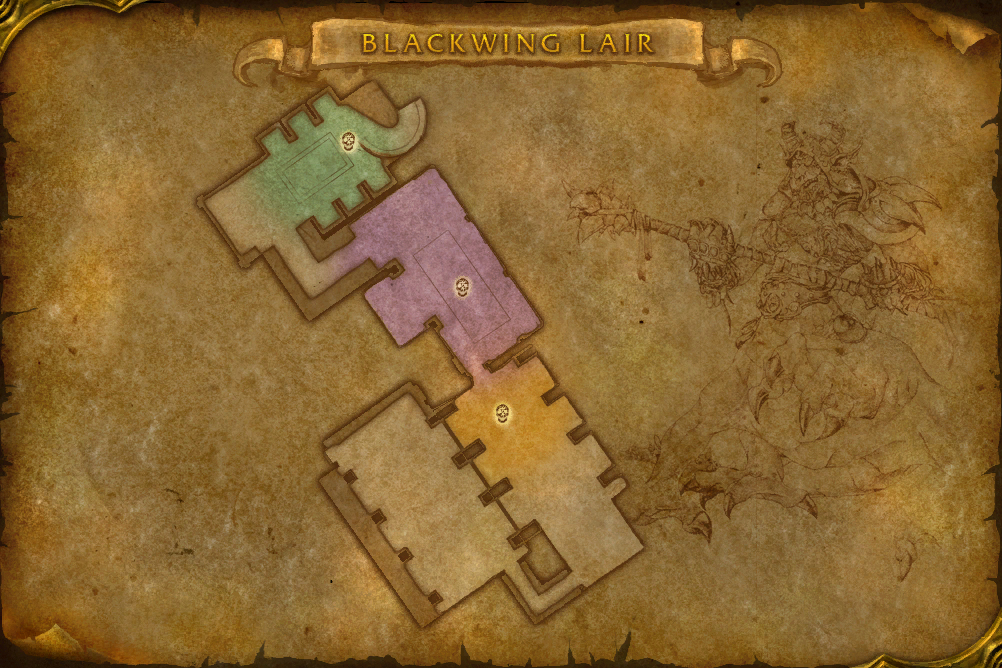 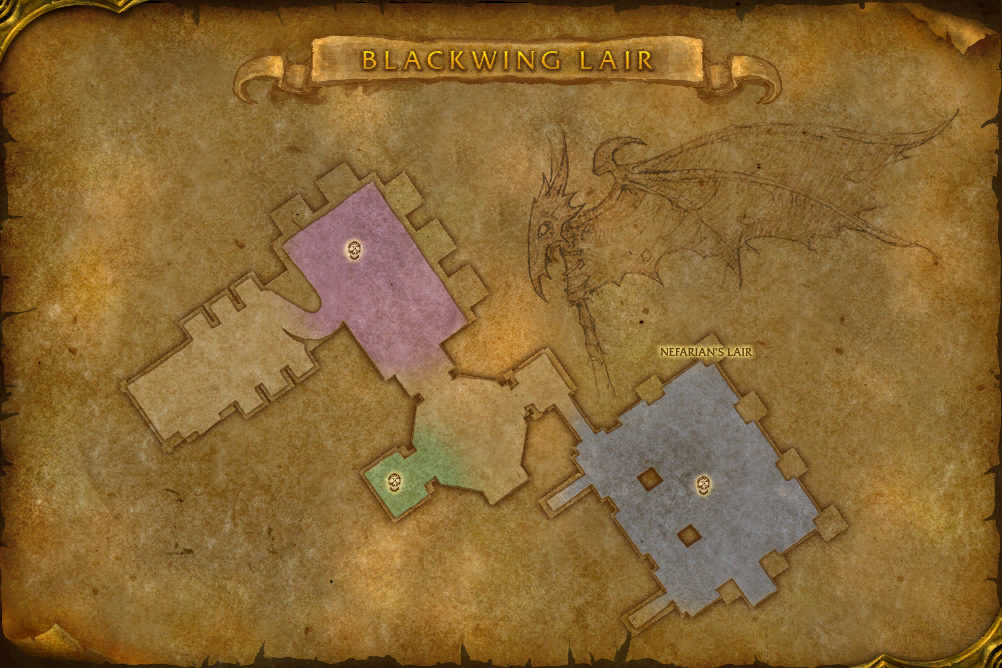 Killing NPCs in Blackwing Lair does not reward reputation for any faction. The only quests involve the The Scepter of the Shifting Sands quest chain and handing in the [Head of Nefarian].

There are three possible ways to enter:

Nefarian has vowed to crush Ragnaros. To this end, he has recently begun efforts to bolster his forces, much as his father Deathwing had attempted to do in ages past. However, where Deathwing failed, it now seems the scheming Nefarian may be succeeding. Nefarian's mad bid for dominance has attracted concern from the Red Dragon Flight, which has always been the Black Flight's greatest foe. Though Nefarian's intentions are known, the methods he is using to achieve them remain a mystery. It is believed, however that Nefarian has been experimenting with the blood of all of the various Dragon Flights to produce unstoppable warriors.

Retrieved from "https://vanilla-wow.fandom.com/wiki/Blackwing_Lair?oldid=26843"
Community content is available under CC-BY-SA unless otherwise noted.