Jump to info about the most recent

In order to get useful and realistic feedback from real users, some software companies deliver pre-release software (a beta or beta trial) to a select number of users to try it out and report bugs, make suggestions, or just give significant customers clear evidence of the state of the product and dispel rumors of vaporware.

What is a beta?

In terms of the software development, beta is usually the stage where all major feature implementation should be finished and the software is in the phase of bug fixing, refinement and stabilization before declaring a Final or Release candidate (sometimes called "Gold" as well). Sometimes major changes occur in this stage, but usually only in response to feedback during a beta trial.

Beta, of course, comes after the Alpha stage where major feature implementation usually occurs, is known to be unstable, and not generally fit for anything more than internal trial of carefully selected users. The stage before Alpha some call "Pre-Alpha", "Proof of Concept", or "Prototype".

These stages are semi-formal within the software industry, so "your results may vary".

What Blizzard says about betas

Unlike a lot of companies who invite players into "betas" that are little more than game demos of stable preview builds, Blizzard brings in players to an ever-changing process where our programmers are constantly making changes to the "guts" of the game.

What does that mean for you?

Betas are not guaranteed to work for individual players, ever. It's entirely possible that some users will receive a beta invite, only to find that they're never actually able to play it. This is simply the nature of a true beta. While we'd prefer everyone to be able to have a little fun while helping us test the content and servers, the purpose of the beta is to prepare Mists of Pandaria for launch, not to provide a gaming experience for beta testers.

Additionally, because of how quickly conditions change in a beta, it is extremely difficult to provide technical support that is specific to Mists of Pandaria issues. If it seems like the help you receive is very general in nature (update drivers, uninstall security programs, etc.) it's because the tech support staff does not have more specific information on the issue you are dealing with. Please remember that Blizzard is under no obligation to provide support for a product in beta, although we do try when possible.

All of that being said, we do hope that most of you will enjoy your sneak-peek into the game design process. Just be advised that trying to play a beta like it's a finished game will likely result in a very frustrating experience. Take care out there!

The terms "closed beta" and "open beta" are also used when referring to the actual beta trial period of testing. The usage of these terms is not consistent, but the following definitions can be used as a guideline:

Bugs not worth reporting

Not in the WoW Insider article.

A closed beta test period was announced on March 20, 2012 with invites going to Annual Pass holders, press, fansites, friends and family, and opt-in beta testers.[3] MMO Champion may have gotten access soon after the opt-in announcement[4] and an official announcement of the start of the Beta was released late March 21st, 2012.[5]

Beta that was noticed by some users and clarified by an MVP.[7] The key difference between this test release and previous Live and PTR releases was that it was installed with Lancher and did not have to be installed manually. MVP Bluspacecow predicted correctly that a 64-bit Mac OS X client (World of Warcraft-64.app) would be available with build 15657.[8]

AddOns in Mists of Pandaria Beta

Since the first beta release (build 15464), AddOns have been disabled.[11] However, a blue post reports that AddOns are planned to be enabled after build 15781.[12]

The servers were split into the following:[citation needed]

Mists of Pandaria beta servers use the same authentication portal as the PTR servers so you may be given the unexpected choice to login as either "wow1" or "wow2" accounts. If you see this choice, select "wow2" assuming you setup your PTR account first. 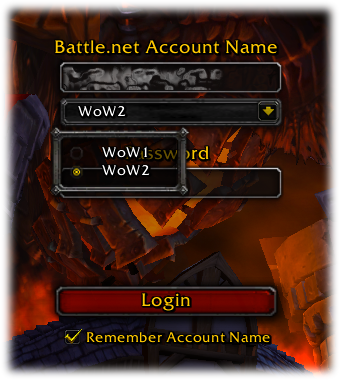 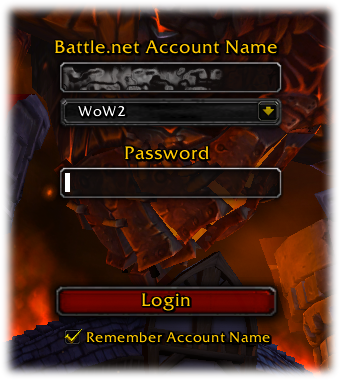 Here are the six waves and the number of accounts added in each wave:

Around May 24th, 2012, WoW Insider reported that those who expressed interest (US, EU) in a

beta on their Battle.net account will start getting invites.[19]

Beta keys were given out to BlizzCon 2007[20] and Blizzard Worldwide Invitational 2008[21] attendees and Blizzard also gives out Beta keys to various organizations (fansites, etc.) for promotional reasons.[22]

Starting late September of 2006, Blizzard started signing up Closed Beta Test testers for the first expansion, World of Warcraft: The Burning Crusade, from different playing areas. The plan was to introduce additional players to the beta test in subsequent waves, thus people that didn't make it in the starting lineup still had a chance at a Burning Crusade beta spot prior to launch.[23]

The Closed Beta started in early October 2006. They were split into two servers:

Starting before March of 2004, Blizzard started signing up Closed Beta Test testers from an unknown pool of people (including GameSpy Arcade Founder's Club Members) using an undisclosed method of selection. The Closed Beta Trial ran for about 7 months ending in more widely available stress test and then an open beta before final release around the end of November 2004.

The "Closed Beta" was the first phase of Blizzard's stress test. There were three servers and virtually no lag existed. This closed beta is also known as the "First Stress Test". The servers were split up into the following:

Battle.net Support (US) Beta Support For Diablo III and Mists of Pandaria

WowInsider Beta Testing 101: How to write a good bug report on the forums

WowInsider Beta Testing 101: Addons and the Mists of Pandaria beta

WowInsider Beta Testing 101: How to stream your beta sessions

WowInsider Beta Testing 101: What to, and what not to, expect from the MoP beta